Work looks its best at 7 am.

Bosch in the Booth

THIS MORNING: Somehow Voting and going to the Guild to see Hieronymus Bosch: Touched by the Devil in the same day makes sense this year. While I don’t think any of the candidates have achieved angel or devil status I do believe Shyster Trump has loosed the devils of xenophobia, racism, sexism, and just plain old hatred not seen for awhile. As I view some of Bosch’s images in preparation for the film, it’s obvious he foresaw the Trump world of bad behavior and greed in some of his work…especially the Garden of Earthly Delights:

Hieronymus Bosch from the Garden of Earthly Delights 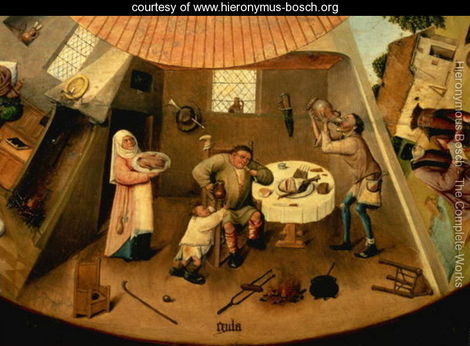 Now I’m good to go vote. Just thought having scenes from Trumpland in my mind as I head for the polls would add the right amount of adrenaline to the process. Sorry for the repetition but, again, I had hoped my first vote for a female President of the United States would be more fun than it’s turning out to be. Not that I don’t find Hillary’s grit, intelligence, support for women, determination, and acknowledged older-woman pants-suit grandmotherhood inspiring, it’s just that specter of the “selfish little sleazeball” (thanks Elizabeth Warren for yet one more apt label) casts a pall over every election season activity.

AROUND NOON: Back from the polls. Tough decision…Giggle with Gary, Dumb with Donald OR vote for a Smart Woman. Let’s seeeeeee…?  Lots of people there. Tried to identify Trump supporters but some of them almost look like normal people so it’s tricky. Besides what could I do? Trip them, give them the evil eye, or chant ‘abracadabra…YOU WILL vote for Hillary.’

I have so much work-work to do next month I should be getting on with it…but it’s hard to focus—too much art and politics and late October sun. It should snow around election time and I probably should be doing something appropriately political. Like drinking.

I support Hillary Clinton—absolutely. And at one time I was excited about finally electing a female president. However any excitement (the good kind) about Campaign 2016 is long gone. First of all there’s no longer the possibility of a presidential campaign inspiring interesting ideas and arguments  because Shyster Trump doesn’t know/believe/think/talk actual policy so Hillary is left arguing with the air, saying the same smart but rote stuff over and over. That’s no fun. Then the first female president thing…well at this stage of the Shyster Trump revealment I would vote for a mongoose over the ‘orange one’ so that bit of pleasure is gone too. But—Go Hillary—all you have to do is keep the world safe for continuing to be the world.

I did go to Clinton headquarters a few times but the olden days of non-stop calls and drop-ins for paraphernalia are long gone so unless one is calling supporters (paid my dues in that activity a long time ago) there’s really not much to do. It’s all cell phones and data entry and I have a feeling they’re not letting just anyone off the street (that would be me) get near the computers. Republicans and Russians are not to be trusted (only a few Russians fit this ‘Untrustworthy’ category but it appears to apply to all Republicans). I don’t mind the idea of being mistaken for Russian (I am, after all, 3% Russian) but please please please do not ever mistake me for a Republican.

This is all just to say my extremely modest monthly contribution and my vote will have to be the extent of my Clinton campaign involvement because I’m going back to art where there’s reason and color and hope and joy.

I am extremely lucky to be working in a place where people make art all day. Here are some close-ups from around the Center…and a small piece by Adam Smith I just purchased. See, you feel better already, don’t you? 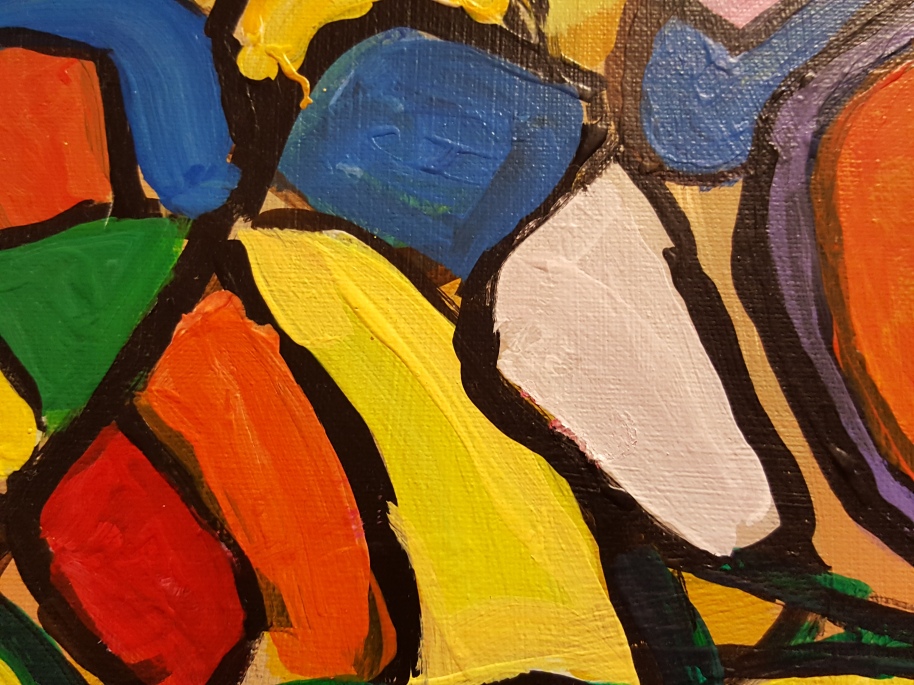 I’m spending a few mornings at Hillary/Michelle/Maggie Headquarters so I should try to write a rational post or two about how I’m feeling about this election…saving the rants for Facebook. First of all can I just say how very fine it is to have these three women—smart experienced serious articulate Liberal Women running for offices to which it is quite likely they will all be elected.

First up—HILLARY CLINTON FOR PRESIDENT OF THE UNITED STATES.

I have many reasons for voting for Hillary but let me get the woman part out of the way right now. Yes, I want a woman president, but not just any woman you understand…imagine Sarah Palin anywhere near the oval office and the cold chills up and down my spine are equal to imaging Mr. Shyster in charge—of anything. But Hillary, well I’m okay with smart, experienced, serious articulate and slightly leftish. And yes, she is flawed and after all these perfect guys running the world that’s a little challenging but I think I can deal with it.

I would find electing the first woman president of the U.S. even more exciting if we weren’t so damn late to the  party in terms of women leaders. Over 70 other countries already have or have had female heads of state…for god’s sake even Pakistan was ahead of us…and India and South Korea and the Philippines and on and on. Never mind the Scandinavian countries which are pretty much in the lead on every front. Even Africa where the good old boys are about as firmly in place as in the U.S. has had to resort to women now and then; for example Ellen Johnson Sirleaf, President of Liberia, currently serving her second term and managing to bring some degree of stability to a country very nearly destroyed by the men on the scene lo those many years.

The Michelle mentioned above is Michelle Lujan Grisham, one of New Mexico’s three congressional representatives. I am ashamed to admit I’ve contributed neither time nor money to her campaigns—which must change since, from everything I do know, she is strong and she is right (meaning slightly left) on nearly every issue that’s important.

Maggie is Maggie Toulouse Oliver running for Secretary of State. I used to see her with her grandparents Jim and Charlotte Toulouse, Democratic Party stalwarts, when she was a kid. She came into the office last week—poised and polished and smart and ready to take on the world—or at least the state of New Mexico. Jim and Charlotte would be proud.

Here’s one of my theories about why we need way way more women in high office, besides the basic fairness of ‘equal representation.’ Intelligence and ability are probably pretty equally shared between the sexes but history has given women a break when it comes to temperament. Actually history and biology I suppose. Those cave women giving birth weren’t usually expected to go out and hack off the neighbors’ heads so the need to mark territories and victoriously exhibit dead-body trophies from just across the latest line in the sand didn’t get bred into female genes. Therefore we women aren’t as prone to the ‘mine’s bigger than yours’—referring to bloody sword-swinging hands or whatever the manly symbol might be for any given decade or century—syndrome which is probably responsible for half the world’s violence.

Sure sure, we believe the big conflicts are all about oil and religion and race and ethnicity and territory and yes on the surface they are… Still there’s a huge element of the boys and their toys challenging each other out there—in the name of course of one of those ‘bigger’ issues. Overall Women Will Be Less Apt to Engage in Those Competitions. I Think. We played with different toys!

I have other theories as well…equally unscientific and possibly irrational…but we’ll never know until an equal number of females are in positions to bomb or not to bomb will we?

There are so many other reasons to elect Hillary Clinton—her lifelong support of women’s issues among them. Maybe I’ll talk more about that in future posts. Everyone else in the world is—why not me?

Shift Dance has done it! Created an interesting, solid, successful dance festival. They’ve been smart enough to start small, include the local dance community and bring in artists from out of state who added diversity, polish and another perspective.

I’ve enjoyed it tremendously…and I’m saying this as someone who has not attended an entire dance performance for exactly three years! So I guess I’ve proven addiction can be overcome…but why…?

Here are a few rather bad photos from the GOOD Jaxon Movement rehearsal just now. 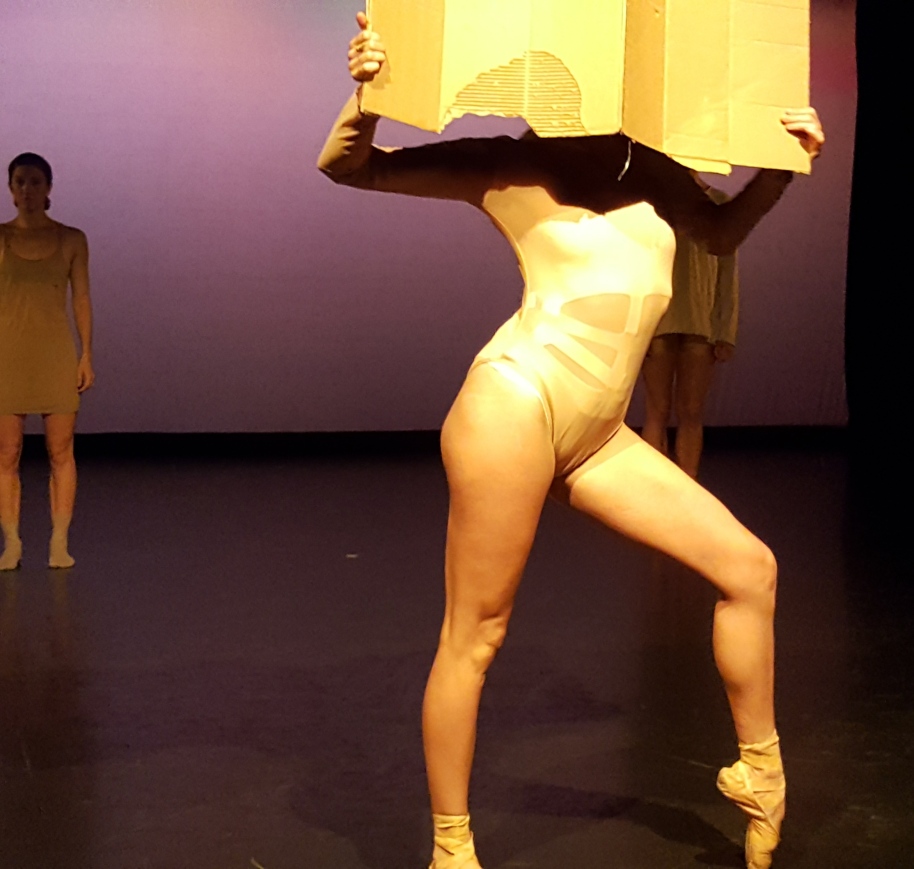 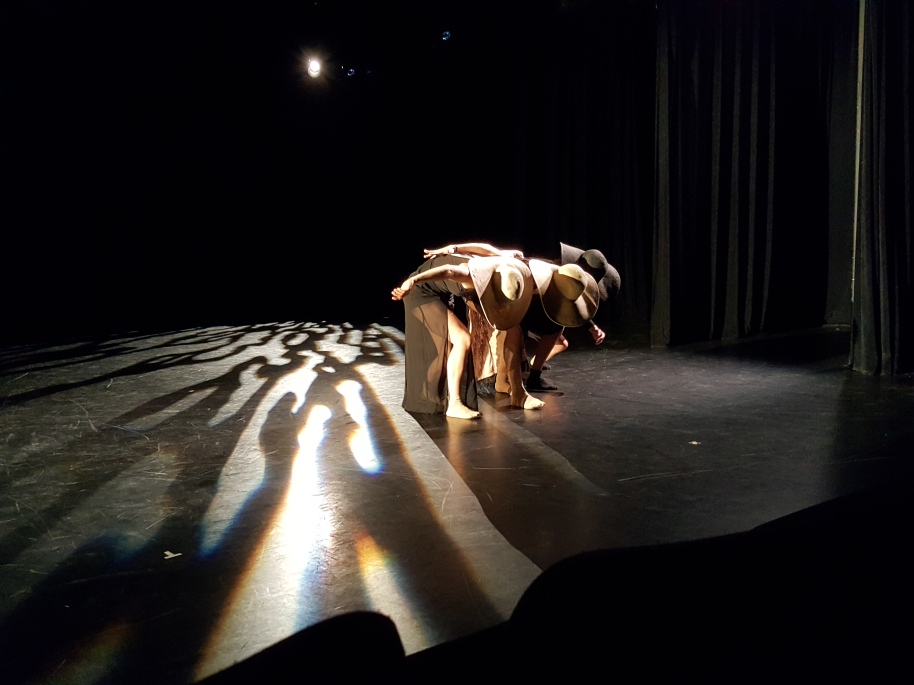