← Idealism, Cynicism and the Wars Between
Moving → 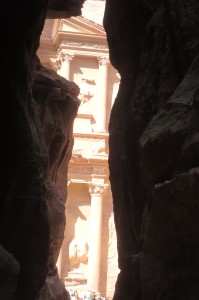 Final dispatch from Oscar Land. Reporting from Far Places today. Jordan, Romania and Mars. And a final word from Brooklyn and the UK.

I am momentarily satiated with movies so these last three will get short shrift. They are Theeb, Aferim and The Martian. There are five nominees in the foreign film category. Only three are available at this time: Theeb, Mustang and Son of Saul. To make up the five, I added Aferim and Rams. Even relatively mild OCD kicks in at the oddest times—five nominations, then I must see five films of Academy foreign film genre!

Theeb was almost the first seen in this meandering journey through Oscar Land. And remains indelibly imprinted on my mind’s eye. Beautiful beautiful, filmed in epically scenic Jordan, mostly in Wadi Rum. It’s an adventure story with ‘coming of age’ overtones. A Bedouin boy and his older brother take on a guiding mission with a British soldier during WW 1 right after the Great Arab revolt, and the story goes on… The actors are really from the Bedouin community…untrained, real, excellent. When I make ‘my choices’ list in a little while, Theeb will be near the top for its beauty, authenticity and historical perspective.

It just so happens that The Martian, which I surprised myself and like a lot, was filmed in that very same Wadi Rum as Theeb. So for the surreal landscape alone it is worthwhile. But it’s also Swiss Family Robinson, one of my all-time favorite kid books, brought up to date. How to survive when marooned wherever. Plus I’ve always favored Matt Damon over Leonardo DiCaprio. However we all know Matt is not going to win because Leo worked so damn hard being cold dirty alone lost abused-by-bear-and-man-alike. It’s okay, I’m resigned.

Then there’s Aferim. One weird Romanian flick. Shot in black and white and, you will swear, shot in the 1800s. How they recreated that society, peasant villages and all, is impressive. Aferim is rude, crude, funny, horrifying and as politically incorrect as could be, but definitely fits a slot of innovative filmmaking. I tend to believe the critics who say it’s ‘deeply intelligent’ while still pushing all sorts of buttons concerning what Romanian society was really like at that time. Maybe it is a sort of Canterbury Tales story in a way—I will retain the vision of the father, a sort of sheriff, and his son riding through the countryside, meeting (and insulting and abusing) a great variety of people.

Enough. Except for a final word about Brooklyn, pleasant non-event…boring really. And Amy…shouldn’t a documentary make you care about something in the story. Anything. The people, the cause, the place, the time, the film quality, the music, the food…something, anything? Amy does none of the above.

Done. NOW. A whole day of Downton Abbey rerunning Season 6 as background before the finale next weekend. Yay…11am to 5pm with my Downton people. Another one of those ‘life is good’ days.

ROMANIA, ONLY THREE OR SO YEARS AGO.

← Idealism, Cynicism and the Wars Between
Moving →