My good son Scott from San Diego comes to hang in his old stomping grounds every now and then. Now it’s with his mom and brother; back in actual stomping ground days, as I remember, he had more exciting friends.

It is always fun when he comes…and reassuring that he appreciates his mom who slaved over a hot stove cooking all those fine Kraft Mac and Cheese dinners.

We don’t do very much when he comes out. I try to think of the odd task or two like opening the olive oil bottle that has somehow stripped its bottle top gears or changing the unusual light bulb…you know the tough stuff. Eventually he’ll have to clean up the place and cook a three month supply of mush when he comes out but for now it’s not too complicated.

So we ate better-than-average New Mexican food a couple of times, watched Grand Budapest Hotel and I introduced him to Orange is the New Black, Downton Abbey and PBS Mystery. It’s sad how limited San Diegans are in their range of entertainment. I made him drink Earl Grey and eat small cookies during our Sunday evening British blowout. A good time was had by all. I think. 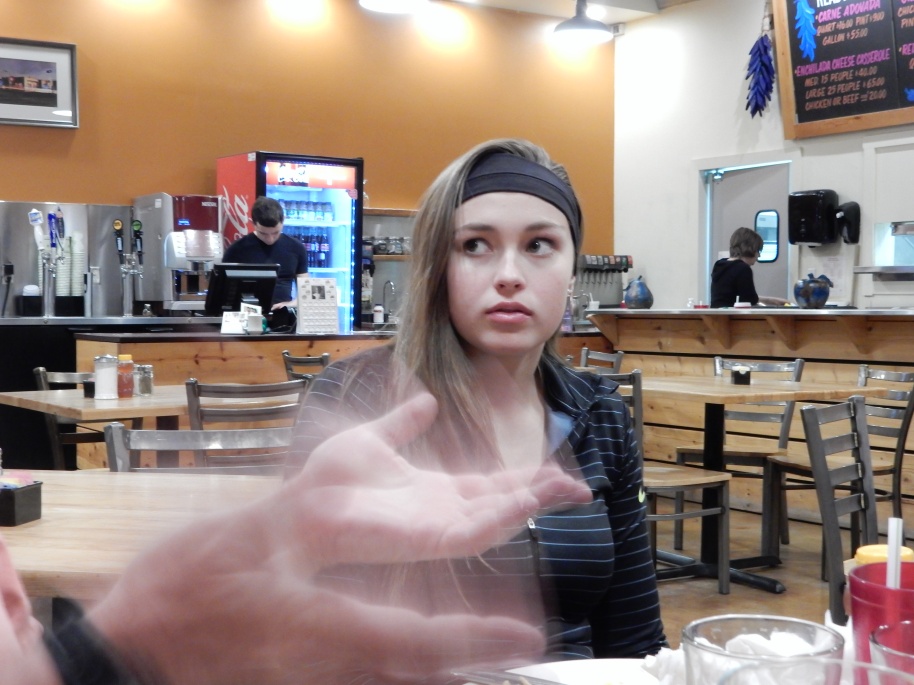 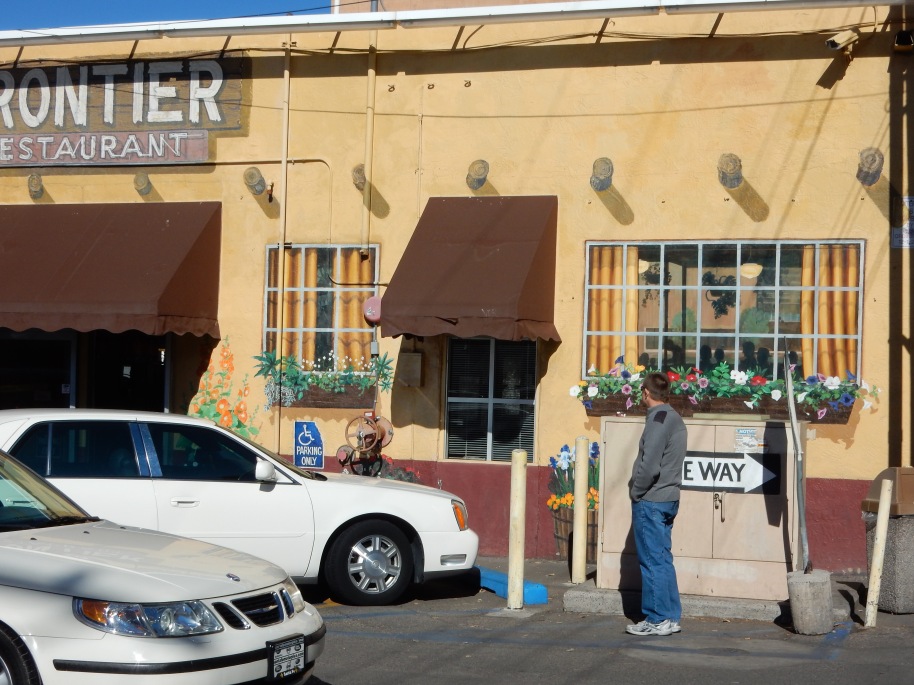 Steven waits outside Frontier for his brother to get the requisite Frontier posole and chile fix and some to go for deprived San Diegans.

LIttle wait is worth it?

Mom and the Boys.

What more can one say? It’s New Mexico. 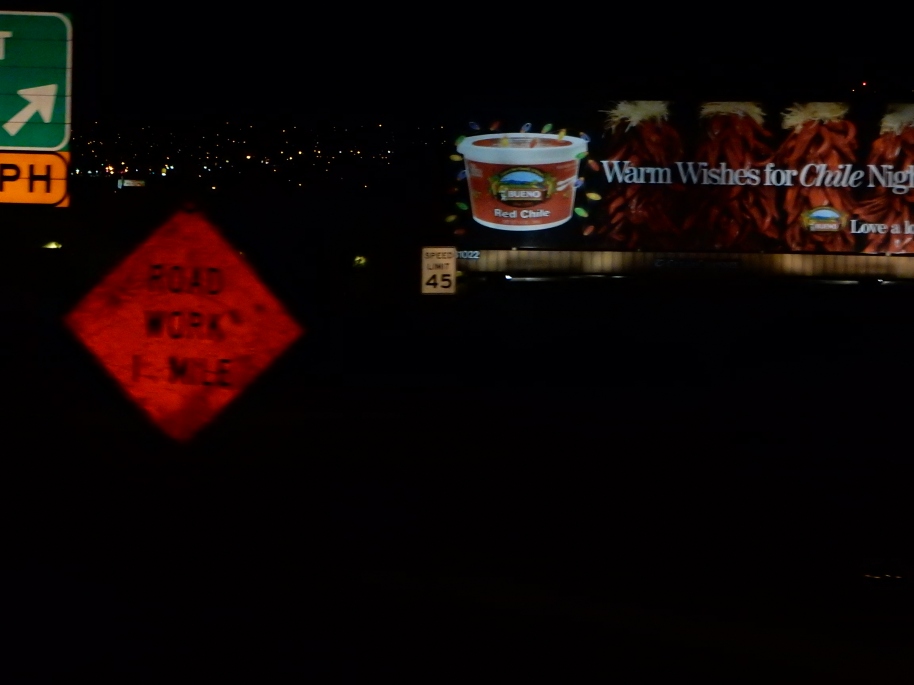 Hard to do night shots without a good camera. But interesting sort of…