← A Holiday Diary by the Peripheral Introvert. Entry #1
Long Weekends and My Other Life →

Morning post, coffee, a lecture on Frost over. Putting a splash (big splash) of Bailey’s in this morning’s last cup of coffee. I mean it is a holiday, right? 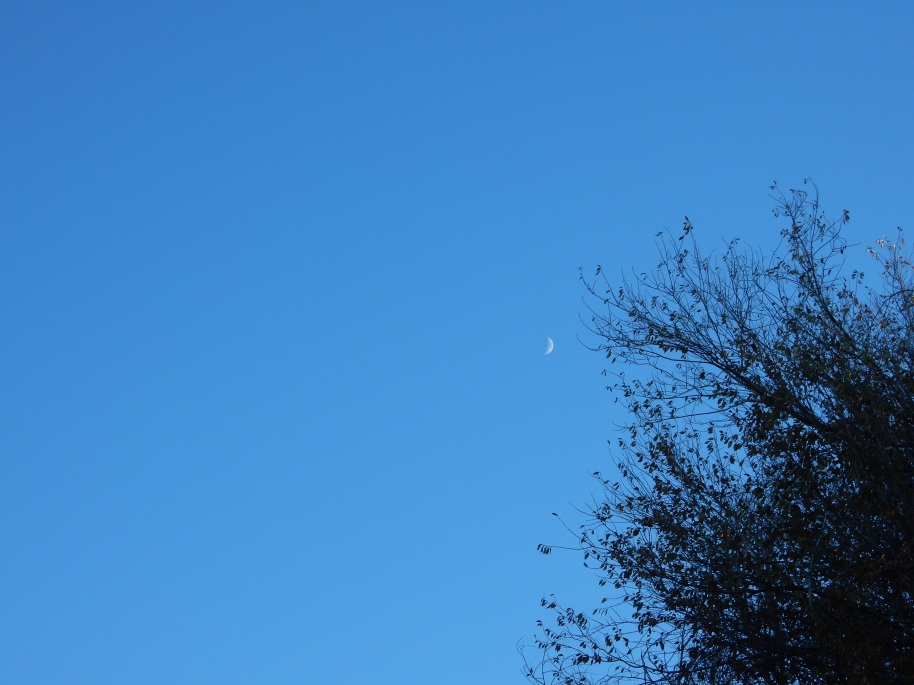 ALBUQUERQUE SKIES, ALWAYS AND FOREVER BLUE. TOO MUCH BLUE.

I’ve been doing what I said! Organizing projects which get out of control and multiply in stacks of paper and books on every table so I somewhat obsessively rearrange the stack and feel that work has been done and there you have it in one very long sentence.

Almost backed out of the walk until my California son called assuming it was already a done deal—so I put on my sneakers, took my camera and did a turn down by the ponds and the bike path and the Bosque. Very nice. Thanks Scott.

It’s 5:15pm now and feels like a very useful and pleasant time has been had by all. Especially me. I did organize my travel library AND made it almost through Ginsberg. In fact listened to “Howl” just before I went to the river. I really need to hear the lectures on this one. Of course lines and pieces of it are part of the language of our lives but only in small doses. I’ve never studied it in its entirety. What better time than later this evening.

TRIBUTE TO A FALLEN CYCLIST.

← A Holiday Diary by the Peripheral Introvert. Entry #1
Long Weekends and My Other Life →