Gloria Steinem just turned 80 yes? So if Gloria is ‘a woman of a certain age’ then that is a desirable state in which to be…. And besides I’m way younger than that. Sort of. As in 75. This is one of those milestone birthdays I think. At least my sons think so and are getting me extra presents and taking me out to fancy dinners so I’m going with the concept.

THE place to write.

Let’s see if I can think important thoughts this morning or at least work slowly up to profound as my caffeine level rises. I am realizing how important the long-distance gaze is to writing; I get up here, turn on coffee and computer, sit down at this high table, and gaze out over the Bay, and immediately feel like writing. This is a conundrum in that my perfect little downtown Albuquerque apartment is quite cave-like with such limited gazing possibilities. I mostly love that feeling of entering a warm or cool safe and colorful little cavern when I get home from work but it may also be a barrier between me and literary greatness. What to do? I’ll make posters from photos of my favorite views—San Diego Harbor at its busiest; fields and woods out at the old Minnesota place; Sandias at their maximum rosiest; a really interesting city skyline (well not just any…should be NYC, Paris up toward the church or down toward the tower, Hong Kong, LA, San Francisco), how about a cozy view of Neset/Byglandsfiord where my dad came from or maybe just a beach, maybe up at Oceanside. There, the writing issue is taken care of for this coming year. Turns out it’s all about pretend location, pretend location, pretend location.

I do not want to write about how lucky I am—but of course it is true—I am healthy, have great family/job/friends/home (except for the view thing). Some time to write/blog, play with photography, even turn my back porch into an art studio (with the double advantage of a washer/dryer on which to place one’s masterworks to dry).

So now that gratitude has been acknowledged, what to say. My planning list-making OCD kicks in whenever there is the faintest excuse to start all over again, birthdays are like New Year’s Day…I will do this and this and this in the coming year.… There are the biggies of course beyond the ‘I will eat better, exercise more’ stuff. So my way of being utterly and totally self-indulgent today goes like this.

Today in the morning I will drink coffee and plan how-to-get-to-every-country-in-the-world-before-I-die. Then Scott, who is being extraordinarily kind and considerate this week (next time he is this nice he says is when I’m 80), will take me back to REI to exchange my birthday backpack for an even better one with wheels. I am keeping the smart new messenger bag we got the other day however for that one last job as a bicycle messenger delivery person around Albuquerque. Then I’ll plan another year of countries. Then we will get ready for dinner at Juniper and Ivey about which I am so excited. Closest I will get to Noma. And then we will come home so I can finish travel planning and move on to more worthwhile pursuits tomorrow. Like climbing Black Mountain!

So. One more stab at going to every country in the world! I know it’s a little (a lot) silly and very likely impossible (like Saudi Arabia’s not going to let me touch their land unless I marry one of Saudi Princes and they are so hard to meet in Albuquerque—although I think I saw one bowing down before a Breaking Bad totem the other day). Let’s see where I am five years from now and if I’m even close to 195 maybe AARP will finance the last 25 passport stamps. Right now I am still at 90, having taken a year and a half off. Jordan Peimer and Hillary Clinton are ahead of me and I feel rather desperate about catching up. 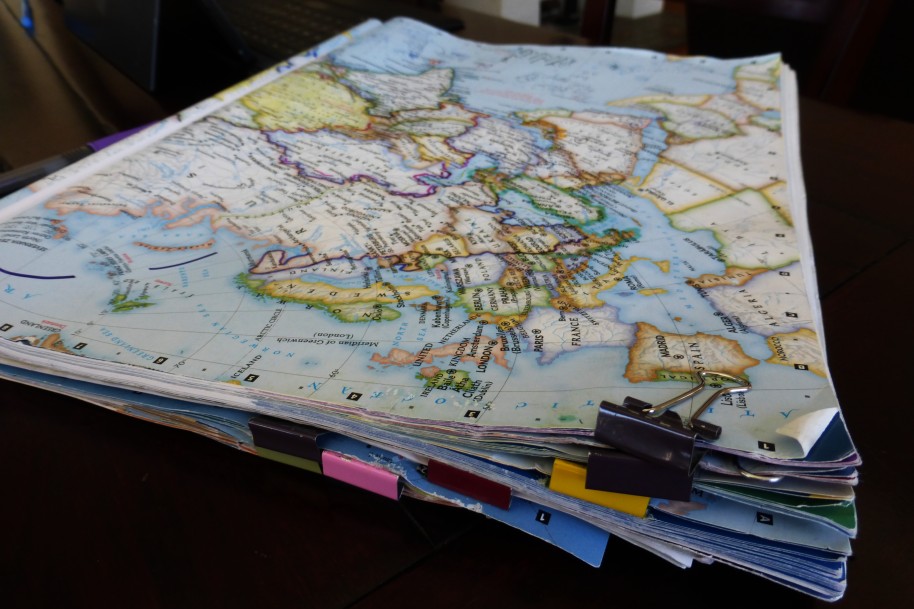 Here is the plan. 2014 only six new countries: Oman, UAE, Qatar, Bahrain, Kuwait and Ethiopia. Which leaves 104 to cover/enter in six years or 17+ countries per year. Now, before you get all self-righteous about how you would rather know a few places in depth than only graze the surface of a bunch, my philosophy is this. Yes, in the best of all possible worlds I would be Hillary Clinton (or Jordan). The next best thing is to get to know the neighborhood. Meaning if I spend ten days on the Arab Peninsula I will know something about the kingdom of oil (and have had time to purchase my new fall wardrobe at the Dubai Mall). A week or two or five in a region is enough time to feel familiar with that particular territory, especially if you are fairly diligent with some pre-travel reading. And besides I’m 75 today and I don’t have time for up close and personal with every single country in the world okay?

2015. I will be traveling entirely alone this year, which I sometimes prefer and sometimes not. So how can I get to about 25 less-intense places, not too expensive, in no way scary, in two month-long journeys? Of course this means I must work a lot of overtime to accrue the necessary comp time but why not since otherwise I’ll wind up never kicking my NCIS habit. Let’s begin with Southeast Asia. How about Bangladesh, Myanmar, Cambodia, Laos, Vietnam, Brunei, East Timor, Papua New Guinea. Too much long distance air travel, especially between Brunei, Papua and East Timor. Very expensive travel, relatively inexpensive on the ground. But that’s only eight countries and a month of travel. And I need to save the easy rest-of-Europe and less-desirable Latin American countries until last. When I am authentically irredeemably old.

My second 2015 trip can be to Africa. I have only been to 27 of the 54 African countries. Maybe North and North Central Africa before the whole Muslim world hates us so badly we can’t go there at all. Countries I haven’t been to in that region include Western Sahara, Mauritania, Algeria, Libya, Niger, Chad, Sudan, South Sudan, Eritrea, Djibouti, Somaliland, and Somalia. Well that is certainly a challenging group. But it would cover 12 countries that no one wants to go to besides me. People won’t say ‘oh you are so lucky to be able to travel like that, wish I could (but I have to pay for my new car, house, jewelry, cruise…whatEVer).’

I think, just for the hell of it, I’ll do a little research on travel into all of the above and see where I can even get visas. The disadvantage of being a little old lady is that I’m poor and tired; the advantage is that overall people are relatively kind to us, at least in some parts of the world. And I enjoy the attention from youngish people who approach me rather directly, “How old are you?” they say. I tell them and they respond in disbelief, “But my grandmother is younger than that and she never goes anywhere!” I find it quite flattering. There are those darn Somali pirates but if I stay off ships carrying the world’s luxury loot I’ll probably be fine. Yes. I think a bit of research is in order.

In 2016 and 2017 various members of my family are going with me to a few places: Son Steven to India, Nepal, Bhutan; Teresa to Greenland, Norway, Lapland, Russia; Scott to the Stan countries (Kazakhstan, Uzbekistan, Tajikistan, Kyrgyzstan, Turkmenistan—we have to wait and see about Pakistan and Afghanistan) and Mongolia.

I must stop now and go to REI. But I’ll be back to figure this itinerary out before the day’s over. Maybe. 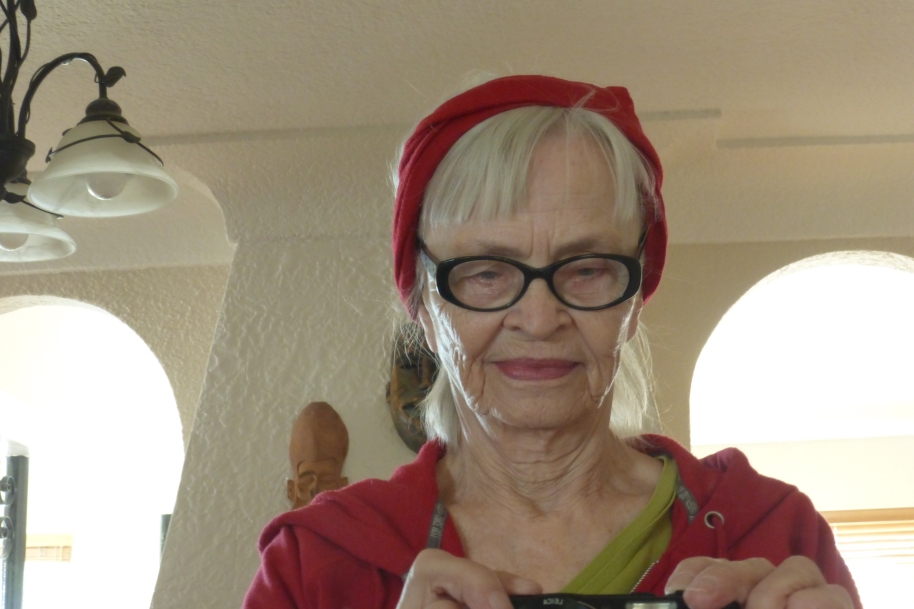