The Multiple Personalities of Anthony Bourdain 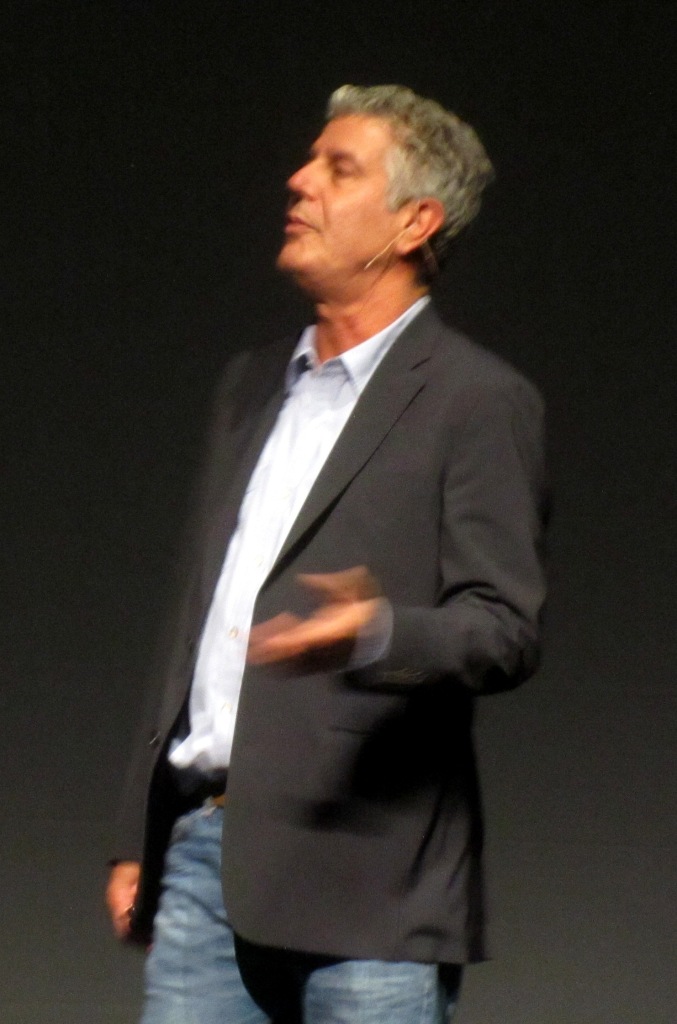 I am, in general, a fan of that f**king foodie adventurer, Anthony Bourdain who apparently still thinks of himself as the f**king bad boy of the f**king culinary world even though he is a successful TV star and author and no longer the slightest bit f**ked up.

In fact, now that he is the proud father of a young girl, he needs to stop punctuating every part of every sentence with f**k. He’s wearing out its value as an exclamation all by itself or as an exclamatory noun, verb, adjective or adverb. And we need words like that for describing the senate or when we stub our toe or when the engine light in the car comes on.

Susanna and I spent $75 each to see our favorite cooking icon at the Kiva Auditorium last night. Susanna because she is approaching true foodie status, me because he travels all of the time. We left a little disappointed…analyzing why…because Bourdain is certainly funny, articulate (except for substituting some variation of f**k for a whole bunch of other possibilities!) and as gorgeous as all the girls and boys watching his shows might have imagined.

His performance was comprised of three main components: trashing Paula Deen and her gross concoctions (true but over-reliance on the f-word negated some of the hilarity); a lengthy treatise on his kid and natural/organic foods (language substantially toned down but still interspersed with that go-to word); and smart compassionate essays on the world and its relationships to food (exceptionally articulate including a variety of words starting with the letter f, all or most of which had more than four letters).

Since I really want my $75 to have been well-spent, I have evaluated the Bourdain performance in the following way. We were privy to being part of a major passage in our culinary/literary/TV/travel hero’s life. He was a true wild child (Personality #1); he is now traversing the passage between wild child and grown-up (Personality #2); and soon the  Anthony Bourdain that is truly concerned about relationships of human beings to each other and to other living things on this planet, and is never afraid to confront stupidity and ignorance can reign supreme. This Bourdain will still reminisce fondly about his wild child past but do it less profanely—on behalf of his own kid! (Personality #3).

If I am still a bit uncertain about value for dollar it’s because I really like and admire this guy tremendously but I was very put off by the overuse of variations of f**k. Not because it offends me morally but because it is simply boring and stupid. The first speaker I heard do this (if possible even more extensively) was a woman traveling on the speakers’ circuit with Gloria Steinem in approximately 1970! Honestly…it is just so old-fashioned to try to get any part of your laughs from the overuse of one poor old abused word.

Okay, so Anthony you really are beautiful and smart and funny and better yet a consummate traveler. What’s not to love about you…except for that one little four-letter thing! 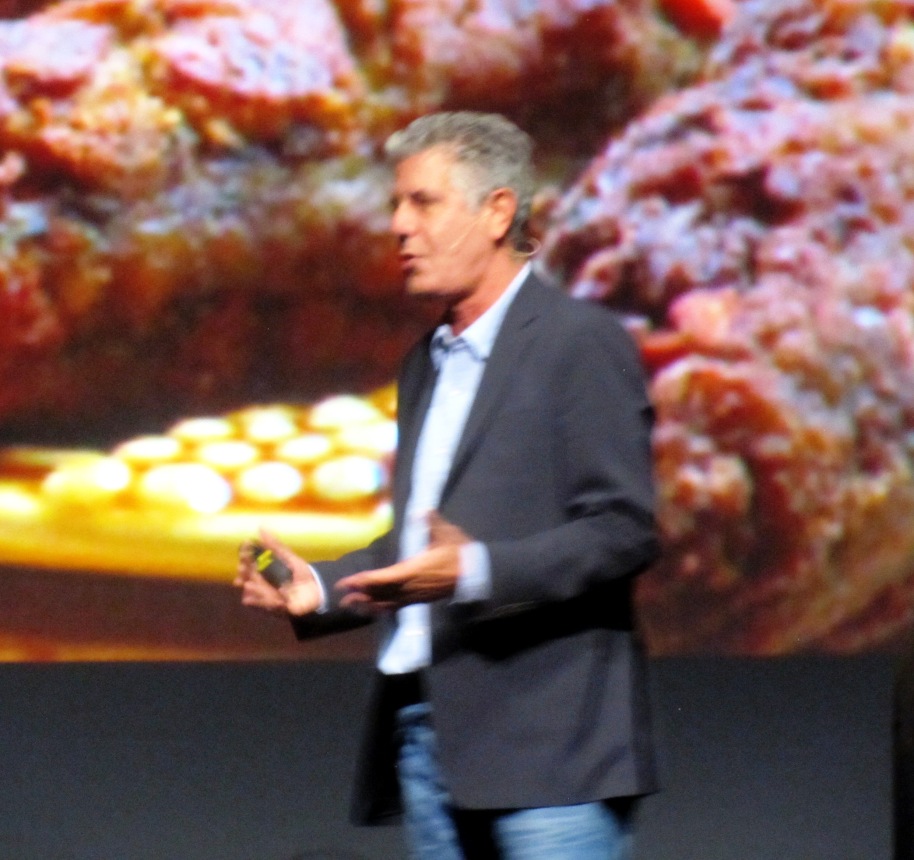